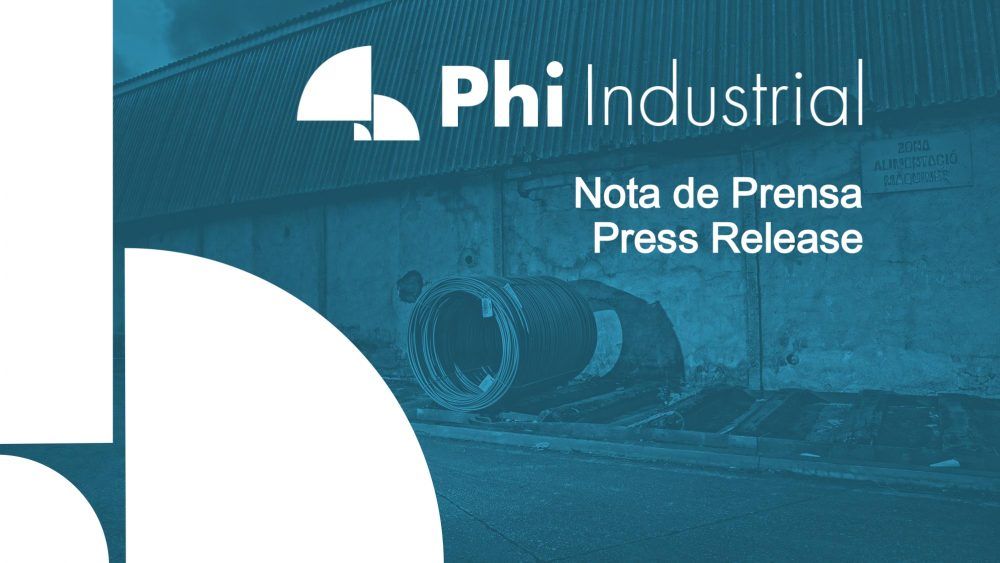 During 2018, PHI has divested several companies which had been acquired in critical condition and, through their complete recovery, achieved positive results. These are Abelan, Capresa, Covit and Intimus.

PHI Industrial announces as well that it has completed the acquisition of Brevi, an Italian company specialized in baby products.

Abelan has achieved their best results in history. In January 2018 PHI has completed the divestment of Abelan South, the southern European company of the Abelan Group, specialized in solid carton and coreboard. The purchaser, Solidus Solutions, is one of the leaders in the sector at European level. After the acquisition of Abelan at the end of 2012, the management team, together with the operations team has succeeded in transforming the company into one of the leaders in its sector, with the highest turnover and operative result levels in its history.

Simón Roda, CEO of the company, notes: “PHI´s motivation, knowledge and work ethics were a perfect fit with the managing team, and together we have succeeded in bringing the company to the level of its current potential. After the divestment, we are excited about the new phase and willing to maintain this positive trend with Solidus, a leader in its sector”.

Capresa, a long-term investment with strategic approach. In February 2018 PHI has divested the oldest company of its portfolio. Capresa was acquired in 2007, and after 11 years under the operations of PHI, it has passed into the hands of Sidenor, a prestigious company recognized in its sector.

Jordi Bricio, a founding partner of PHI, highlights that “we are certainly a little sad about the divestment of Capresa, since it is one of our oldest companies, but at the same time we are proud because this instance brings together various features of PHI´s identity: the acquisition of a company with clear operational and managing necessities; achievement of its viability; the search for solutions together with the managing team; long-term investment with strategic approach; an acquisition by an industrial partner which would give a continuity to the  project”.

Covit has become a leader in its sector. Another original company of PHI – Covit, acquired in 2010 – was also sold in February 2018 to Albea, its main client. Covit is dedicated to the production of anodized aluminum components for sectors such as perfumery, cosmetics, and pharmaceuticals. Covit is another case of PHI´s success: it experienced spectacular growth both at the level of turnover and profitability.

Alexander Wit, a founding partner of PHI, comments on it: “we are very proud of the work that the team at Covit has made during the last seven years until it became a leader in its sector. We believe Albea to be an ideal partner for Covit since it makes it a part of a global business, in which it could also play a leading role”.

Intimus has achieved the viability of several joint ventures. Intimus has been sold in August to the Kaizaharra. Intimus is a group specialized in providing solutions in security, automatization of data, documents, and cash. The Intimus project started in 2014 as a combination of four acquisitions of different businesses that were not very profitable on their own, and which have been found to be viable together. After achieving operational stability and profitability levels in line with the sector, an investor such as Kaizaharra has been sought to continue the growth path initiated by PHI.

Brevi, an Italian company with 60 years of existence. In June 2018 PHI acquired all of the Brevi’s shares from the founding family. Brevi is an Italian company and a leader in the child care sector. Based in Bérgamo, the company has over 60 years of experience in the sector, and is present in 58 countries. With this investment, PHI maintains its philosophy of acquiring companies with operational needs and potential to generate value through active management, reaffirming its commitment to the Italian market.