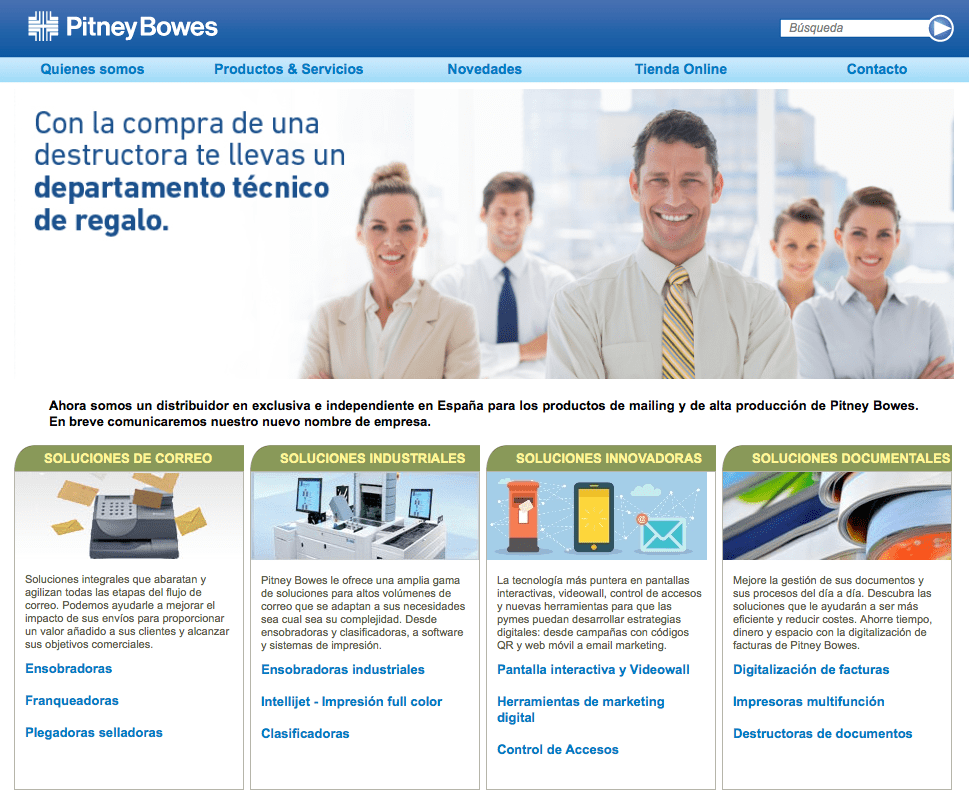 After acquiring two companies in July that were in insolvency situations, Wesper (France) and Adisa (Spain), as add-on investments for Hitecsa, PHI Industrial Acquisitions (PHI Industrial) remains active and has completed its first acquisition with its second Fund, PHI Fund II. The acquisition comprises the shares of the subsidiaries of the US publicly traded corporation Pitney Bowes Inc. (NYSE: PBI) in Spain, Portugal, Austria, The Netherlands, Belgium and Luxembourg.

The deal responds to a strategic decision by PBI to use an indirect sales channel for its mailing equipment and solutions in those European markets where they no longer wanted to have a direct presence. The company, whose future name is currently under development, will become the exclusive indirect sales channel for PBI products. According to Alexander Wit, Managing Partner of PHI, “the company is healthy, but it was a part of a large multinational that due to a change in its strategy, decided to divest. We think that, as a stand-alone business, this group of companies has the opportunity for growth, either via organic growth, increasing its product portfolio or with additional add-on investments”.

PBI was founded in 1920 in USA by Arthur Pitney and Walter Bowes and is specialized in mailing solutions (software, hardware and services). PBI turnover amounts to c. $4.000M and employs more than 16.000 people all around the world.